We Finally Picked Something!!! 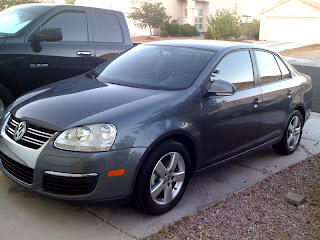 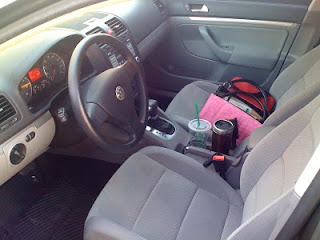 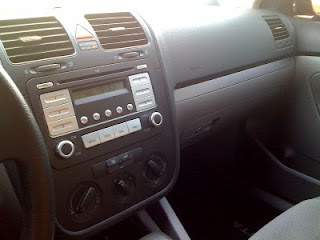 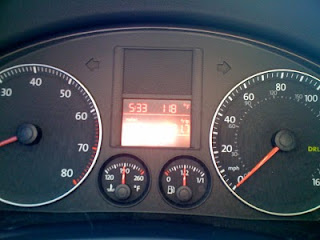 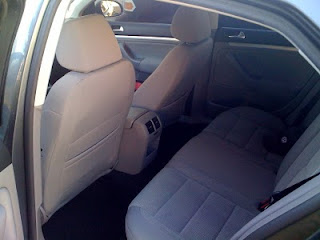 Yay for vents in the back! 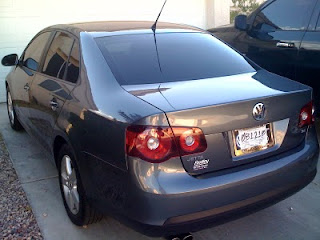 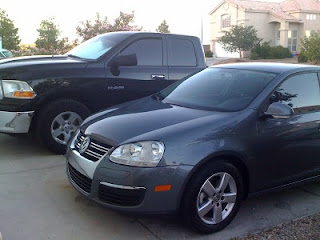 So Joe and I both have nice cars that will hopefully last for years and years.  My new car is cute and fun to drive. It's got some great safety features and is everything I need right now. Perhaps one day I'll end up with an SUV or something bigger but for now this is great.

Also I ended up getting the car from the VW dealership in Henderson. Normally I HATE shopping for cars and most of the time car sales people are scummy, rude, condescending or just make me feel like they're trying to scam me for all they can. This place was different. Meghan at my work told me her Dad, Bill McGaugh, worked there so we decided that it would be worth a shot. The day we went in to look her Dad wasn't working but he referred us to George Rodriguez who was a good friend of his. George was friendly, knowledgeable and didn't pressure us. He also talked to ME when he found out the car was for me. I HATE when sales people talk to the guy even though you tell them the car is for you. It's not like I'm stupid and can't understand what you're saying. Anyway, George was great and we liked the car more than anything else we'd drove so far so we got the car. The finance people were great and it was a good experience.  I highly recommend seeing George or Bill if you need a car.

After we'd bought the car we got the windows tinted as part of the deal.  When we came to pick up the car we found the glare strip wasn't put on at the same time the windows were done.  This was kind of annoying because the dealership is 52 miles round trip so to bring it back was not only going to take time but it's quite out of the way.  Luckily we were able to drop off the car on a day that I was able to get a ride back to the dealership AND George was awesome because he met us there first thing in the morning and  filled up my tank before I picked up the car. Talk about great customer service. Seriously if you're in the market for a new car in Las Vegas/Henderson you MUST go check them out.  They have a ton of great cars both used and new and the service was great.  I would hope all their people are like that but I'd ask for Bill or George anyway.

So another thing crossed off our goal poster. New cars for both of us in 2010. YAY! I must say more and more goals are being accomplished this year. Good times!!!
Goals VW